Accepting My Son as A Teenager 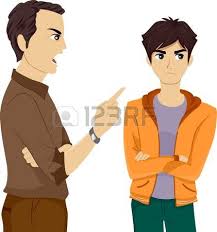 One evening after a conflict with my son I decided that I better deal with my own anger. I brought my focus onto myself and went through my own iceberg process. What came up was not what I expected, but it sure changed our relationship!

I could feel being angry and the blaming that came with the anger. I could also feel the frustration and disappointment. I sat with this. Literally, I sat down on the grass while walking the dog that evening and went into a process.

As I sat there what came up next was a lot of ‘sadness’ under the anger.

The ‘sadness’ was a total surprise! As I experienced this I could see the sadness as being part of the loss from what the relationship used to be. I then saw that my ‘anger’ was a ‘feeling’ about the ‘sadness’.

That was a big one for me that was out of my awareness.

I looked at my ‘perceptions’ as well.

I had thoughts of:

By becoming aware of my thoughts I could see more of the impact they were having on my feelings and the rest of my iceberg.

I explored my expectations and put words to what was there.
[I should...]

I identified and put words to my expectations of him and discovered:
[He should...]

These expectations were very revealing to me and so were the feelings of anger that I was expressing trying to my expectations met!!

I looked at and put words to the expectations that I thought he had of me:
[He expects me to]

I looked at my ‘yearnings’:

I saw how I yearned for connection to the boy he once was. However, he was now a teen. I could see how unrealistic and frustrating it would be trying to ‘connect’ with a boy that isn’t there anymore. Also I could see how frustrating it would be for him dealing with me as a parent trying to ‘connect’ with him in a way that no longer fits. Especially with the unrealistic expectations I was having of him.

So, attempting to get my yearnings met through unrealistic expectations actually created more of the very thing I wished to avoid – More Distance.

As for my Life Energy -- very low when I’m caught up in anger and blaming.

A New Way of Being with My Son

Now that I was aware of what was going on for me I worked on deciding how I would be different. First, starting with me being more accepting and responsible for my own sadness.

I could also go to my thoughts and change the way I was thinking about my son. Instead of thinking “How do I get him back to ‘normal’? I can change that viewpoint to, “this is an opportunity for me to get to know who he is as a person ‘in the now’.

“Change him back to who he was”.  – That one needed to go for sure…

Or the expectation of him that he needed to change back to who he once was to take care of my sadness. That expectation sure leads to a messy kind of relationship.

Instead, I could replace these with I should be more “open, curious, and accepting of who he is NOW as a person”. This is moving in a positive direction. It also opens up to living in the present and letting go if trying to live in the past, ‘the way it was’.

Connecting with and accepting responsibility for my sadness was also a way of stepping forward as the parent. This new way of being is better than expecting my son to change back to being a little boy again so that I ‘feel better’.

After my internal change there was a definite decrease in our conflicts and an increase in our bond was starting to happen.

I still have to hold boundaries and help him be accountable, which makes me not very popular at times.  My sadness is still there to some extent, but it is mine not his to deal with.

Taking the time to look at my own internal process allowed me to make the change in myself first. Once I changed then a new healthier pattern between my son and myself could evolve. We’re much better off with each other now.

As a therapist this is similar to what I would be doing with clients, particularly parents, as well. Now it was my turn. A popular belief is that we as adults are here to raise out children. However, our children are also here to raise us to become more mature, responsible, and congruent adults.